Las Vegas Headliner Jay White is the world’s most convincing re-creation of the Legendary Neil Diamond. His 8 year run headlining on the Las Vegas strip is the longest ever by a solo tribute artist.

Jay White has been paying homage to Neil Diamond for over 25 years. His every movement, sound and expression are tributes to the passion and power of the authentic Neil Diamond, giving new luster to the life of the man and his music. From the moment he hits the stage with non stop Diamond favorites “Cherry, Cherry”, “Cracklin Rosie”, “I’m a Believer”, “Red Red Wine”, “Solitary Man”, “Girl You’ll Be a Women Soon” and the iconic “Sweet Caroline” to the fabulous flag waving finale “America” Jay fires up the audience with the intensity of his first class performance.

In 1996 and again in 2002 Jay met Diamond before his Las Vegas MGM appearances, where Diamond told Jay to; “keep up the good work” and autographed a photo of the two, signing it; “Jay, keep singing, so I can stay home and relax, your friend in music” – Neil Diamond.

Jay energizes stages with a touch of class and a dash of rock-n-roll, continuing the musical legacy of Neil Diamond in five countries and more than 9000 unforgettable performances.

If you are a Neil Diamond fan this show is a cannot miss for you! 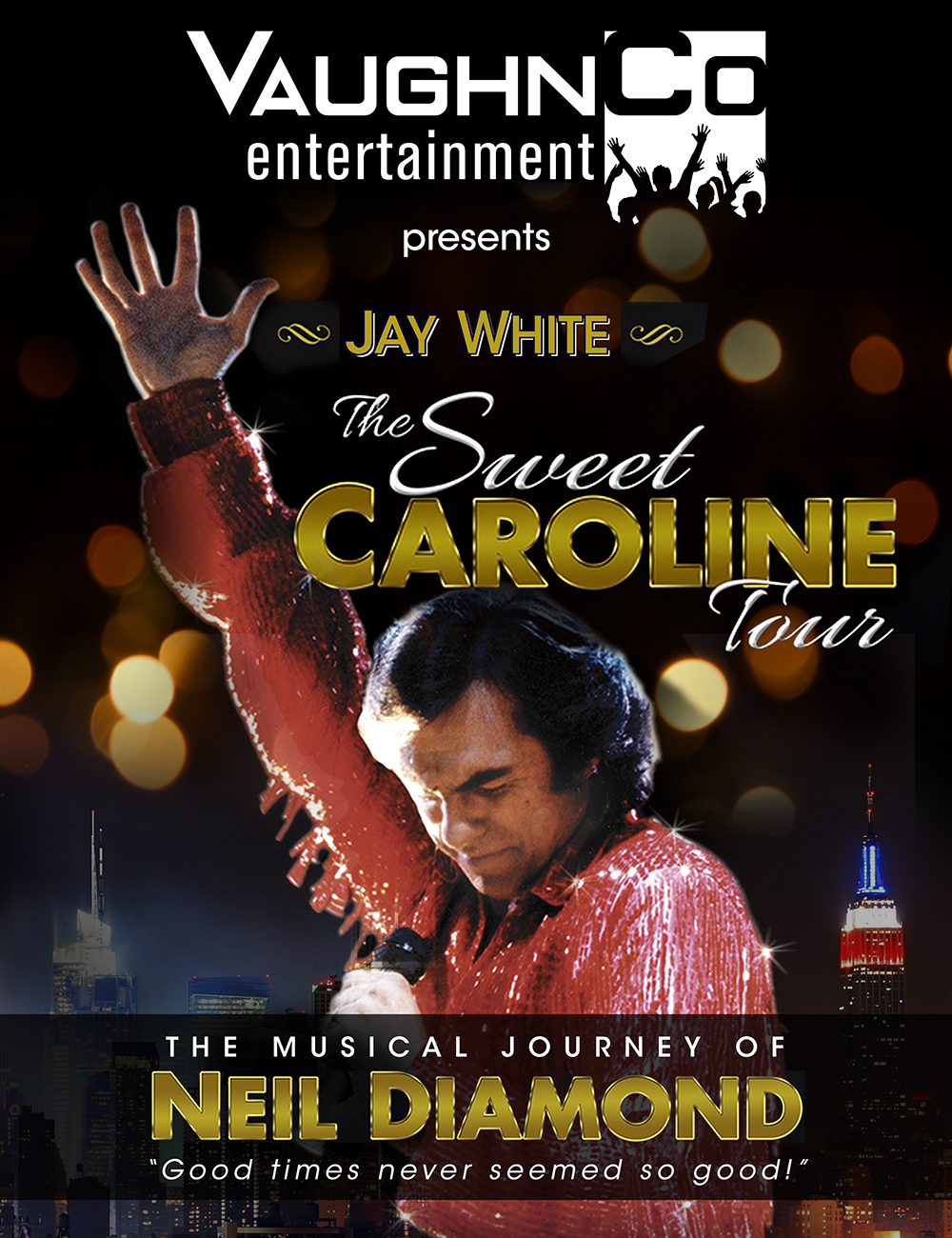