A native of Coleraine, Northern Ireland, Owen Mac has become an overnight Internet sensation, garnering millions of video views for his soulful hybrid of Irish, American and contemporary music.

The young Irish singer already has a remarkable following on social media with over 250,000 followers.

Owen is a natural born singer and having had no professional training, truly demonstrates a God given talent! His musical influence comes primarily from being in a musical family where his father is always singing and his mother continually has music playing at home.

At 12 years of age, Owen was given an opportunity to sing at an outside broadcast of Hugo Duncans (BBC Radio Ulster) where he sang a Derek Ryan cover of ‘Gods Plan’. BBC Radio Ulster put the recording on their website and it immediately went viral. This boost gave Owen the confidence, inspiration and encouragement to keep going. 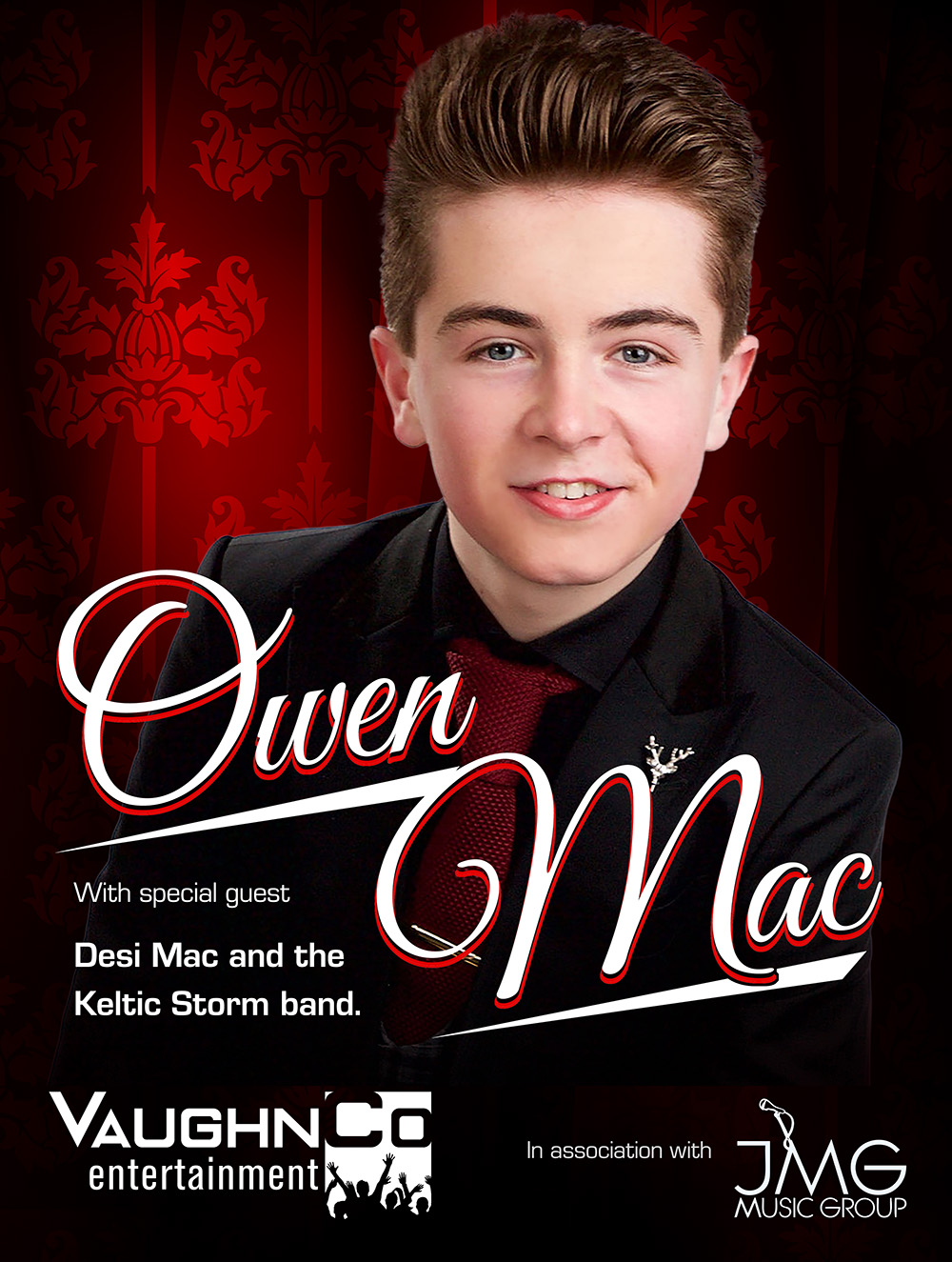