VaughnCo Entertainment is proud to present “Rumours” The Ultimate Fleetwood Mac tribute show based in Los Angeles, California. The group recreates the legendary band in it’s youthful heyday from 1975-1979.

After finding huge success in Los Angeles, selling out their regular Roxy Theater performances month after month, the band moved from the world famous Sunset Strip to Casinos, Theaters, and clubs all over America.

Rumours has meticulously put together a show that spares no detail. From period accurate equipment and costumes to spot on characterizations and musical performances, “ Rumours” takes you back to a time when music was still an unbridled cultural experience and bands weren’t afraid to put on a show.

Relive the rock and roll magic with the “Rumours” The Ultimate Fleetwood Mac Tribute Show! 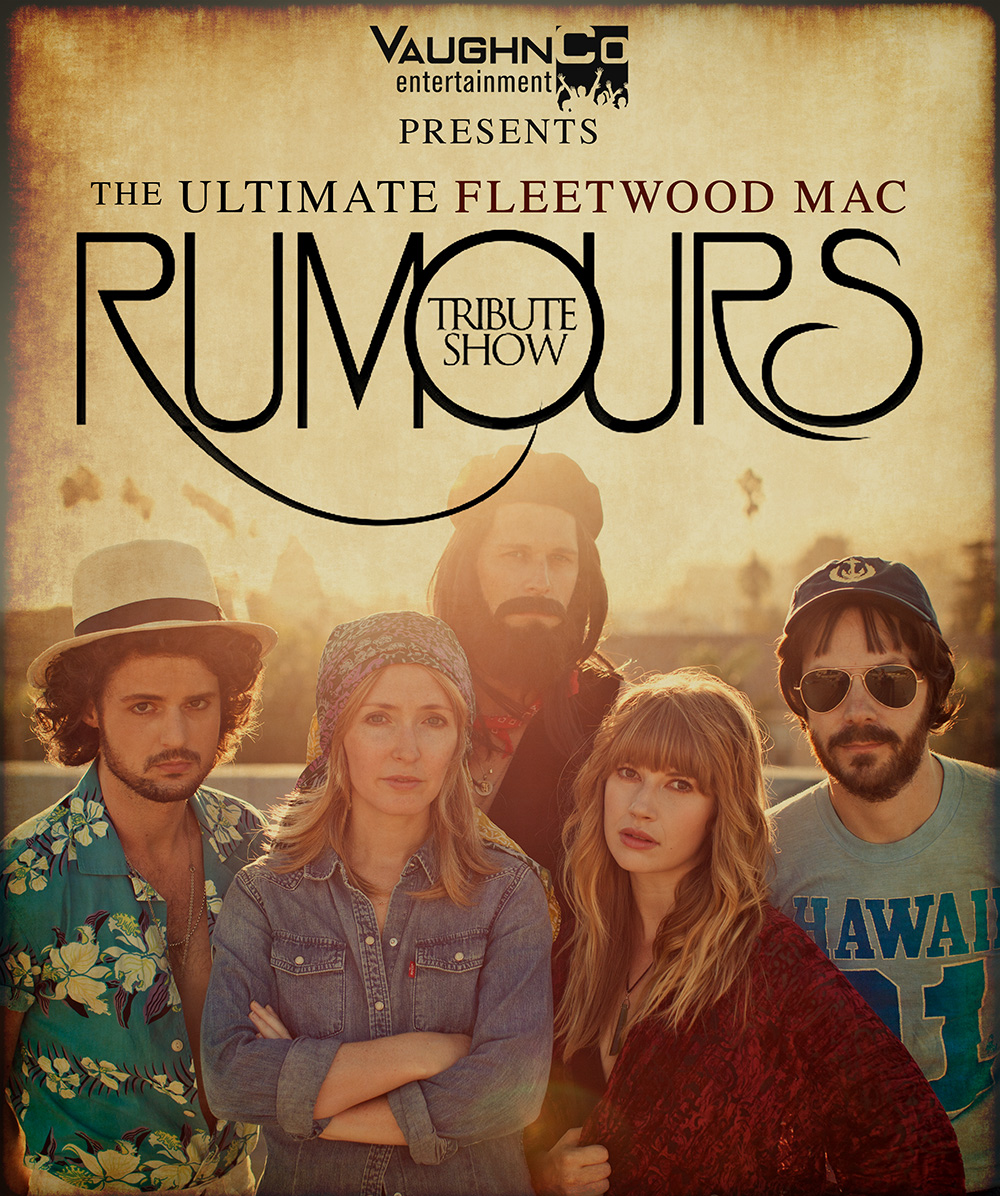