The “beach party”, the cars, the sun, surfin’, the endless summer….this is what The Beach Boys music is. They have been the California ambassadors, everywhere on the planet for the last five decades.

During the summer of ’98, six artists grabbed their instruments and talent to put together “The ultimate tribute to The Beach Boys” by The Beach Bums. The goal of the show is to recreate the magic and the essence of the 60’s on the California beaches. The Beach Bums adapt to any kind of events, indoors or outdoors, for all ages who want to experience The Beach Boys music again.

The magic starts when The Beach Bums, dress and act like The Beach Boys in their 60’s show with precision singing of over thirty Beach Boys original hits. No tracks are used, it’s all LIVE. Wherever your event is held … The Beach Bums will come to you with the very best surfin’ music of the 50’s and 60’s! 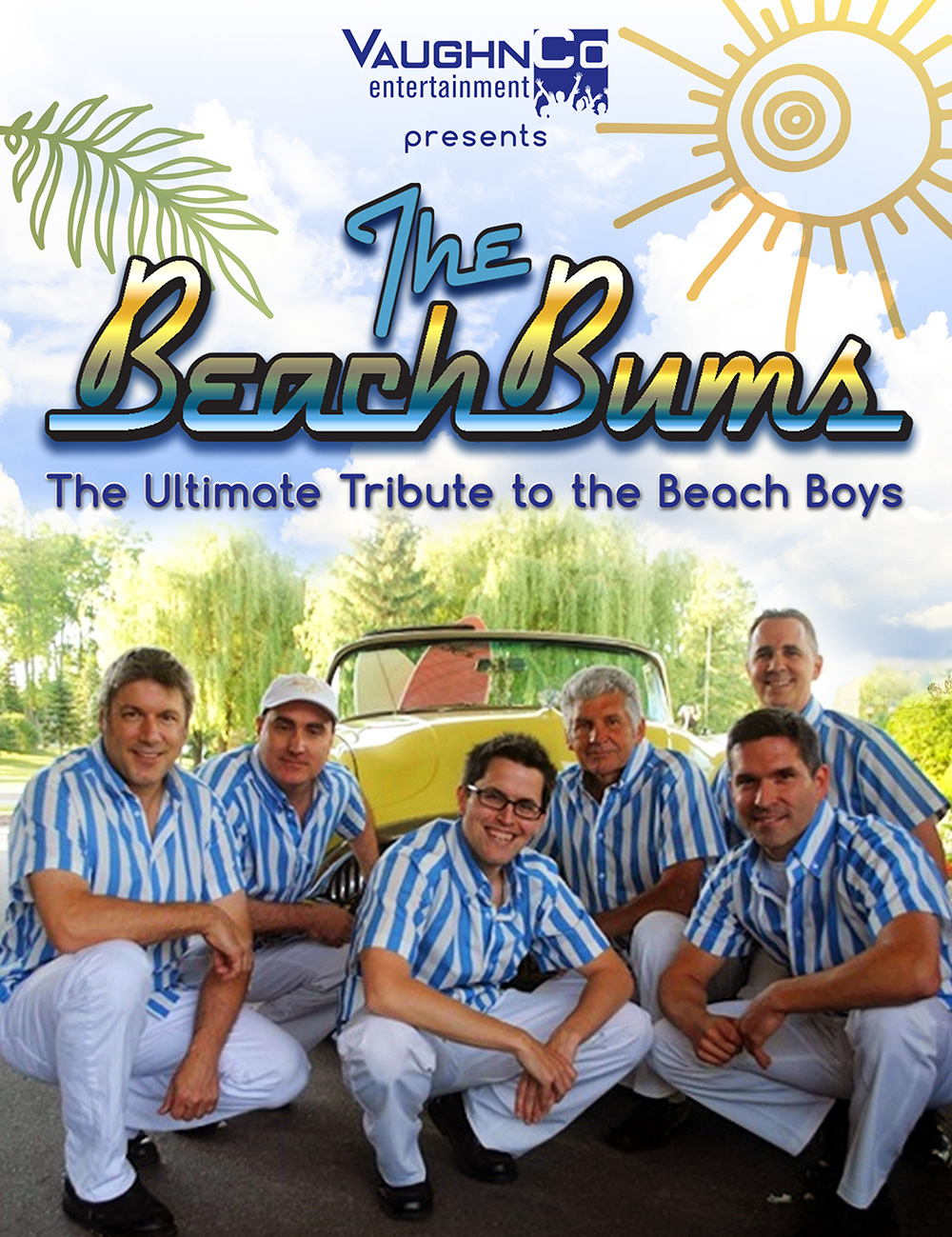